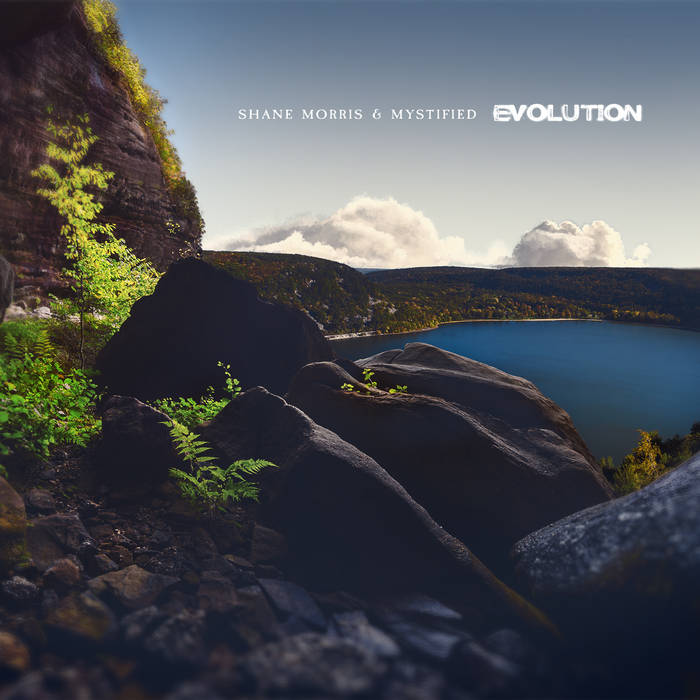 Richard Gürtler About 10 months ago, after recapitulating "Emergence", I didn't have any idea how these guys want to top first two parts of the trilogy with their closing chapter. But now, I can confirm that Shane Morris & Mystified (aka Thomas Park) have achieved their challenge. Yes, they did it, because they are amazing sonic storytellers and "Evolution" is a genuinely virtuosic accomplishment, strongly distinguishing and stirringly entertaining!!! Explore this spectacularly immersing primordial escapade!!!

Through the creative use of sound and composition, sonic storytellers Shane Morris & Mystified have arrived at EVOLUTION, the conclusion of their Inspired Evolution trilogy. The music, sometimes rhythmic, opaque and mostly amorphous, is much like the swirling of the gene pool forming over a long period of time.

Having taken us through the age of dinosaurs and the emergence of mammals on the trilogy’s first two installments, Morris & Mystified now compel us to the age where early Man has evolved. Technological and physiological advances result in the domination of Homo Sapiens. Reptiles and Mammals still populate the Earth, but Mankind, the contemporary end result of their development, makes small changes (soon to be huge) in the Ecosystem and the planet as a whole.

The sound of EVOLUTION is an evolution itself. The trilogy’s first chapter, EPOCH, featured purely acoustic soundworlds, and on part two, EMERGENCE, some electronics were introduced. On EVOLUTION the acoustic sources take a back seat to a mostly synthetic environment where sounds symbolize the innovations created by Homo Sapiens. An occasional brass drone, tribal drum or acoustic percussion riff appears, but at this point in evolution, the use of man-made tools has changed the reality surrounding it, and therefore its sound.


Other Albums by Shane Morris & Mystified