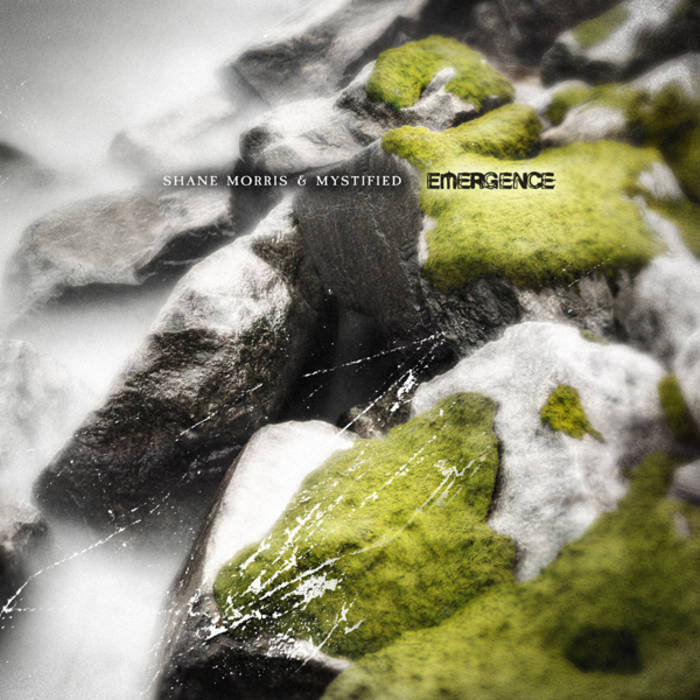 
Shane Morris & Mystified are back with Emergence, the stunning second installment to their primordial three-part “Inspired Evolution” soundscape project. This natural sequel to Epoch, their lush first release, continues the artist’s bold effort to create a sonic environment that evokes prehistoric places and atmospheres, this time focused on the age when mammals arose and began to flourish on planet Earth. Mystified’s Thomas Park explains, “Emergence takes Epoch further. Now more direct predecessors to Man are emerging on the planet; early mammals surviving in diverse primal ecosystems. Each track has a title and theme that corresponds to a different ancient location or environment.”

The sound of Emergence is vital yet primal; ambient atmospheric yet powerfully evocative. Broad, sweeping acoustic and electronic tones are punctuated with treated percussive sounds such as wooden sticks, shakers and gongs. There are shadows of its predecessor, Epoch, with trombone notes and drones, which are supported by a variety of acoustic winds and other organic instrument drones. However, Emergence reflects the evolutionary turn from giant reptiles to mammals by adding some new sounds to the mix. Shane Morris elaborates, “Epoch used all acoustic sounds to create its ancient soundscape, but for this next chapter we relied a little more heavily on electronics, including digital synthesizers to reflect the shifting evolution.”

With Emergence, Shane Morris & Mystified once again create tremendously immersive soundworlds that are shrouded in mystery and filled with life. Each track an opening into the distant past, Emergence presents a vigorous and powerful sonic portrayal of prehistoric Earth.


“Emergence is a high-level ambiospherical opus which finds all its nobility and meaning under the shells of a good pair of earphones”
- Sylvain Lupari, Synth & Sequences

Other Albums by Shane Morris & Mystified